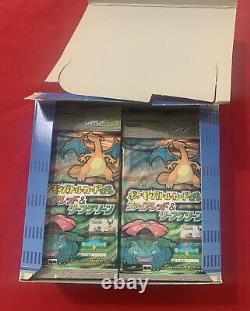 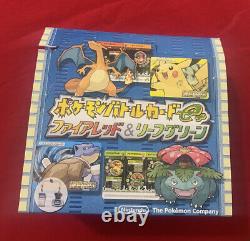 The cards in this set focus on modifying content at Trainer Tower in Pokémon FireRed and LeafGreen, providing many additional Trainers to battle across three different battle styles, as well as timed challenges. It was released in Japan only. There are 44 cards in the set. 32 of them are Trainer cards; 12 are Trainer Tower target time cards.

These sub-sets can be divided further into Single Battles (1 Trainer), Double Battles (2 Trainers at once) and Knockout Battles (3 Trainers in a row). Replay ability for individual cards has also increased significantly; each Trainer depicted has a full party of six Pokémon, though will use different ones depending on the order the cards are scanned in. Single battle Trainers will use two out of their six Pokémon; each paired Trainer in a Double Battle will use one out of their six Pokémon, and each of the three Trainers in knockout battles will use one of their six Pokémon. As with previous collections, several Pokémon on each of the cards may be hidden, in addition to Abilities, held items and moves where detailed.

Upon clearing Trainer Tower, the player is presented with a prize if completed within the specified target time. This prize differs depending on which card out of the maximum eight was scanned first, further enhancing the replay ability. The additional cards in this set merely specify target times in which to clear the tower with a recommended sequence of cards from the main set there are no dot-code strips present on these cards. There are three difficulties ranging from Beginner, Intermediate, and Advanced. As the difficulty increases, more challenging Trainers are recommended to be scanned, with an increasingly tougher time target to meet.

Obviously, there are no additional prizes for using these cards. The default height of Trainer Tower in the Japanese version is only four floors. In order to provide more content for the localized versions of the games, the vast majority of Trainers found on these cards were used as the source material. The sub-sets are a reference to the first four core Generation I game releases in Japan and their respective version mascots.

Several Trainers on the cards own Shiny Pokémon. A select Pokémon from three of these Trainers are featured in Trainer Tower in non-Japanese versions one in each of the first three battle style selections. The design at the bottom of the cards above the dot-code strip is based on the pattern that lines the base of Trainer Tower. Welcome to my Poke-duck listing! Find the cards you want by searching through my listings.

Ranges from pack fresh to showing minor surface/edge wear at most. (such as feint scratches, and/or few whitening spots on back edges). Shows minor to moderate surface/edge wear. Scratches can become more noticeable and/or whitening along back edges more evident. Some cases just a minor crease/bend/dent mark knocking it down from NM.

Note: These grading rules are abbreviation and prepended. To the Listing Title to let you know the card condition!

Please allow time for this process. The item "Pokemon card Battle E + Fire Red & Leaf Green Booster pack(from box)very rare" is in sale since Sunday, March 7, 2021. This item is in the category "Toys & Hobbies\Collectible Card Games\CCG Individual Cards". The seller is "pokeduck_pokemon_cards_games_and_more" and is located in Mundelein, Illinois.